Written by lcreative-dev on March 27, 2017. Posted in Superstitions Menu

According to folklore, deities living in wishing wells can grant wishes. This is even more likely if the wish is spoken out loud and a tossed coin lands heads up at the bottom of the well. 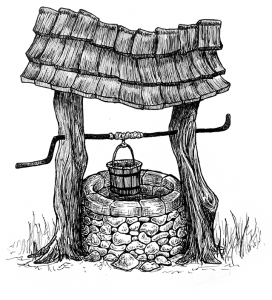 The full moon was once thought to cause insanity and even turn its unsuspecting victims into werewolves, if they allowed the light to shine directly on their faces. 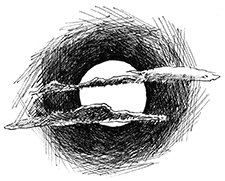 An unfortunate occurrence said to bring 7 years of bad luck to the mirror breaker. Luck can be reversed by pounding the broken parts into dust or burying them in the moonlight.

Ever since Judas knocked over the salt in Leonardo Da Vinci’s last supper painting, it’s been bad luck. Avoid this fate by throwing a pinch of salt over the left shoulder

Finding a heads up penny is considered good luck. A superstitious bride may still tuck a penny in her shoe, to ensure the financial success of the couple.

For many reasons, including there being 13 steps to the gallows, this digit has long been considered doomed. Many buildings skip this floor, moving directly to the 14th. 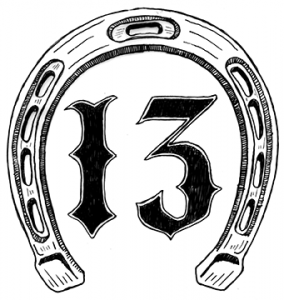 Knocking on wood is way to keep a run of good luck going, traced back to pagans who liked to worship trees and believed that helpful spirits lived inside them. 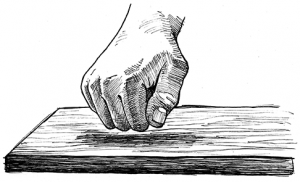 A universal symbol of good luck also known as a shamrock. The Irish believed holding one would allow them to see fairies and offer magical protection from the devil and other evil spirits. 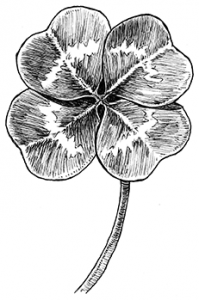 In Medieval Europe people believed a black cat crossing your path was a sign that death was about to occur. They also thought black cats and witches were in cahoots. 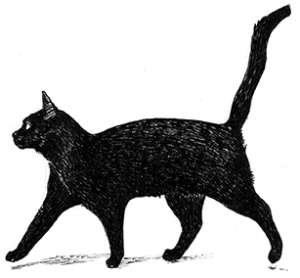